If all of Mary Winkler’s former students returned to Shelbina for a get-together on any given day, everyone would have to trek to the Shelby County Fairgrounds.

Where else would there be enough parking space for the automobiles, with license plates from all the states?

Known for her small stature but huge heart, Mrs. Winkler was joined by family, friends and former pupils (in several cases, one and the same) on Saturday, Oct. 19 at Salt River Community Care to celebrate her 90th birthday.

When she graduated high school, Mary thought she was headed for a career in nursing. But the results of a medical examination intervened.

“I had a scholarship to go to Washington D.C. and (attend) St. Elizabeth’s Hospital for psychiatric nursing,” Mary said. “They told me I had a bad heart and I got sent home. I thought I was done-in and my mother said, ‘go to Kirksville (Northeast Missouri State Teachers College)’ because she had always wanted to go to school and didn’t get to when she was young.

“I started out the spring semester (of 1948). They didn’t have semesters then, they had quarters. I think I had 15-20 hours when I first started teaching.”

While many might know the origin of Mrs. Winkler’s career in education at the one-room Greenwell School south of Lakenan in the fall of 1948 at age 18, fewer likely realize Mary once took a sabbatical from teaching … then returned to it in Shelbina out of economic necessity in 1969.

“I went in and told them I wanted to teach. We (Mary and husband, Jack) had a bad farm year,” Mary said. “Mr. (James) Nevins said he wanted me to teach kindergarten and I said, oh, I don’t want to do that. ‘Well, there’s another opening, he said.’

“Two weeks later it came out in the paper that I was (emphasis Mary’s) going to teach kindergarten, but I loved it,” Mary continued. “I taught with DeEtte Carroll. We had a lot of student teachers in, too, from Kirksville. I got a note from DeEtte the other day.”

At one point, Mrs. Winkler had a little girl in kindergarten named Aundrea LeGrand. That girl, years later, did her student-teaching with Mary. Aundrea eventually became a teacher for Moberly Public Schools. Take a guess what Ms. LeGrand taught in Moberly? You are correct … kindergarten.

In a Facebook message to a Herald reporter, Ms. LeGrand had the following to say about Mrs. Winkler.

“When they ask you why did you go into teaching? Who influenced you to be an educator? I always go back to Mrs. Winkler, my kindergarten teacher,” LeGrand said. “If I could make a difference or make an impact on kids’ lives like she did mine, that is all I could hope to do as an educator myself.

“Thank you, Mrs. Winkler, for touching my life.”

Mary retired from teaching in 1992, 23 years with kindergarteners.

“I enjoyed it and I’ve enjoyed seeing the kids grow up, know what they do and how they’ve accomplished a lot,” Mary said. “To know who they were then, and see them now, is kind of a gift.”

The Shelby County Herald would like to acknowledge the assistance of Cathy Winkler and Sarah (Winkler) Vande Velde for this story. 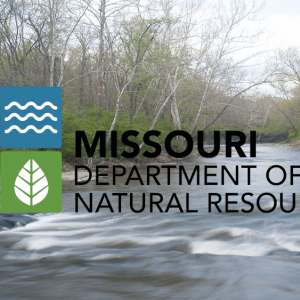