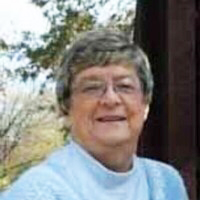 Cheryl was born September 19, 1946, in Shelby County, MO, the daughter of Darrell and Sarah Marie (McElroy) Snider.  She was united in marriage with William “Bill” Lee Kendrick on July 4, 1970 in Shelbina, and recently celebrated their 50th wedding anniversary.  He survives.

Cheryl was a member of the Shelbina First Christian Church.  She also was a member of the Ladybug Garden Club, where she especially enjoyed choosing “Yard of the Month,” and a sister of Beta Sigma Phi.  Some of her sorority sisters referred to her as “Madam Pres”.

Cheryl was a member of the Shelbina Arts Council Board for 25 years and served as musical and play assistant stage director for 20 years.  She was instrumental in helping actors learn their lines, as well as, coordinating the show on stage during practices and through each performance.  Cheryl was often the first audience to see these productions come to life on stage, and she was always there to give the cast cheers and applause.  Her sense of humor helped make the long practices fun.