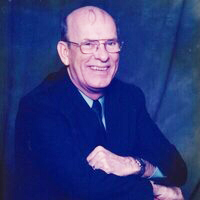 Larry Dean “Wertie Albert” Thrasher, 71, of Shelbyville passed away peacefully at home surrounded by his wife and children Sunday, August 23, 2020.

Larry was born January 18, 1949 in Shelbina, the son of Leah Rebecca Virginia Phillips Thrasher and Weldon Eugene Thrasher. He was united in marriage with Jo Anne Gaines on August 20, 1971 at the Berea Christian Church, west of Shelbyville. She survives. Larry accepted the Lord several years ago, but was baptized Sunday, August 16, 2020 by Bro. John Gorham, Shelbyville Baptist Church.

He was preceded in death by his parents; father-in-law, Estel Gaines; sister-in-law, Janette Cooper and brother-in-law, Kenny Gaines.

Larry started his education in Quincy, Ill., but soon moved back to Missouri where he attended Bethel Elementary and graduated from North Shelby High School in 1967. He served in the United States Army from March 1969 to January 1971 with a tour of duty in Vietnam with the 1st Cav. He graduated from Gem City Business College. Larry was a Sales Tax Auditor for the Department of Revenue for 25 years and also worked at Production Credit Association. He was self-employed as an Income Tax Preparer for many years and worked until his failing health.

He loved being with his family and friends, especially playing cards with the Black Creek Pitch Club. “PaPa” loved his wife, children and grandchildren more than anything. Everyone says their dad and PaPa are the best, and we are no different, he was THE BEST. Larry always enjoyed a good joke, even up to the last few days when the nurse told him a joke and he was still able to laugh. He will be dearly missed, but happily remembered by everyone who knew and loved him.

Memorials may be made to Shelby Memorial Cemetery.