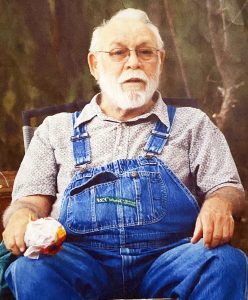 Neal was born at Kewanee Ill., the son of Elmer “Jr.” Livingston and Viola Hepner Livingston. He was born into a large, loving, extended family. He moved to the Shelbina area with his parents and brother Bruce in 1951.

He married Judy Brotze in 1965. She survives. Their children are Chris Livingston and partner Amy Summers of Huntsville and Tanya Smith (David) of Shelbina.

Neal worked hard and played hard. He never met a stranger. He helped build concrete silos by the Mississippi River at Hannibal, he also worked at the telephone company when Shelbina first got dial telephone and Burlington Railroad, all while farming south of Shelbina.

He was a member of the Jaycees, the local bowling team and loved hunting and fishing. He was a collector of guns, tractors and other assorted stuff.

Neal served in both the Navy Reserve and Army Reserve.

He and his brother operated a gun and sporting shop in Shelbina where many a tale was shared.

His most special times were spent at his church and times with his family following football and softball games, rodeo and being the taxi for Girl Scouts.

Visitation will be Friday, Oct. 2 at 1 p.m. at Lowman Chapel near Shelbina. A funeral service will follow at 2 p.m.

Burial will be at Crooked Creek Cemetery south of Shelbina.