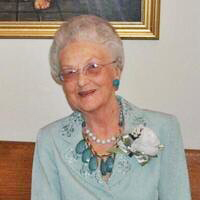 Mae was born August 22, 1926, in Clarence, the daughter of Raymond Allen and Anna Maude (Taylor) Dove. She was united in marriage to Earl Thomas Walker on Oct. 25, 1947 in Clarence.

She is preceded in death by her parents and six siblings.

Mae was a lifelong member of the Clarence United Methodist Church, Study Club and UMW.

She enjoyed playing bridge and sewing. Mae was famous for her cinnamon rolls and homemade bread.

A private family service will be held on Friday, Dec. 4 at 1 p.m. at the Hutton & McElwain Funeral Home in Macon.

Burial will follow the service at Maplewood Cemetery in Clarence.

Memorials can be made to Clarence United Methodist Church.