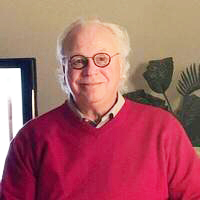 On Monday, Nov.30, Mike Wood, loving husband, father, and friend passed away at the age of 69.

Mike was born April 11, 1951 to Wilbur and Frankie Wood in Hannibal.

After college, he moved to the suburbs of Chicago where he started his career and met his wife, Donna Lee Mitchell. They were married in the fall of 1984 and raised their son Jamie in the beautiful village of Sleepy Hollow, Ill.

Mike had an infectious passion for fun and socializing. He spent 20 years in Sleepy Hollow cultivating lifelong friendships, teaching the neighborhood kids the value of hard work, and providing a wonderful life for his wife and son. Mike made friends everywhere he went. Whether it was playing pool, hustling you in a card game, or hosting Jamie’s friends at his house, he could always find a way to make everyone around him feel welcomed and loved.

After his wife passed in 2014, Mike moved back home to Missouri to be closer to his three brothers. Back where he grew up, he again reignited friendships and supported his family. He also met Joyce Stevens who became a great companion to him over his final few years. They traveled together, played cards, and she even got him to start playing golf again. They were a great pair.

Mike was preceded in death by his parents Wilbur and Frankie, his wife Donna, and his brothers Jeff, Tim, and Gene. He is survived by his son Jamie, daughter-in-law Lisa, and their two sons Logan and Colin, as well as several nieces, nephews, and cousins. No funeral services will occur at this time. A memorial event will be held at a later date. Flowers or donations may be sent to First Congregational Church of Dundee, 900 S 8th St., West Dundee, IL 60118.