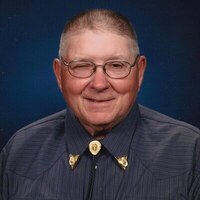 Julius Larrick, 80, of Shelbina, passed away on Tuesday, Dec. 8, at Boone Hospital Center in Columbia.

He was preceded in death by his wife, and his parents.

Julius was a 1958 graduate of Shelbina High School. He was a member of the Shelbina Christian Church, Angus Association, Maine Anjou Association and the American Quarterhorse Association.  He was a Livestock and Grain farmer his whole life and a seed salesman for Super Crost, DeKalb, Pioneer, and Golden Harvest.  He enjoyed watching and reading western shows and books, cattle shows, attending ballgames, and going to State and County Fair watching his kids and grandkids show livestock.

Funeral services will be held at 10 a.m. on Saturday, Dec. 12 at  Greening-Eagan-Hayes Funeral Home in Shelbina, with burial to follow in Shelbina Cemetery.  Visitation will be held Friday Dec. 11 from 4 to 8 p.m. at the funeral home.  For those who cannot attend the visitation, the funeral home will be open at 8 a.m. to sign the register book on Friday.  Memorials may be made to the Shelby County Nutrition Site, Shelbina Christian Church or Neighbors Helping Neighbors.