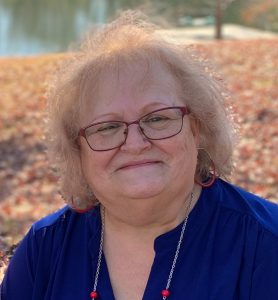 Mary B. Strain, 61, of Shelbyville went to be with the Lord on Dec. 6 with her husband by her side.

Mary was born on March 10, 1959 to the late Elmo and Dorothy Ethridge of Edina. Mary graduated in 1978 from Knox County High in Edina.

Mary was united into marriage to Bernie Strain on Oct. 7, 1983 in Bethel.

She is survived by her husband, three children: William Strain (Megan) of Austin, Texas; Amanda Strange (Billy) of Shelbyville and Tonya Strain (Melvin) of Troy; six grandchildren: Jackson, Alaina, Isabella, William, Lucas and Ben who were her pride and joy; one brother; two sisters; one uncle and aunt; one sister; and brother-in-law and several nieces and nephews.

Mary was preceded in death by her parents, her in-laws, one brother, one sister-in-law, two brothers-in-law and a niece.

Mary enjoyed spoiling her grandchildren and watching them grow. She enjoyed sewing, putting puzzles together and scrapbooking in her free time. Mary especially enjoyed riding around in her side-by-side with her fur babies: Razor, Sammy and Angel.

A memorial service will be scheduled at a later date.