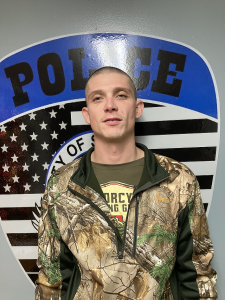 Shelbina Police Department and Shelby County Sheriff’s Office joined forces in a high-speed chase Sunday, Dec. 27 that started near U.S. Highway 36 and Missouri 15 and ended at the Shelby/Knox County line.

As a result of an investigation, officer(s) of the Shelbina Police Department made the arrest of Timothy J. Harrelson, 26, of Queen City after he turned himself in Wednesday, Dec. 30 at approximately 6:30 p.m.

Harrelson was arrested for failing to register a motor vehicle, driving with no valid license, careless and imprudent driving, speeding and resisting arrest/or stop.

Harrelson was booked at SPD and later released pending a return court date of Feb. 24, 2021.

Shelbina interim City Marshal Jeff Brown said, “As a result of the agencies working together, either by assisting during the incident or for supplying information, the investigation was concluded with an arrest without any further incidents occurring.”