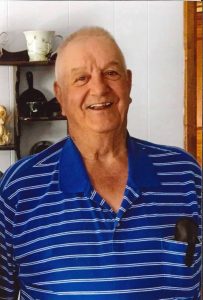 Dan served his country in the United States Marines as a Jet Mechanic. He was self-employed as a carpenter for many years and worked at Salt River Community Care for 15 years. He was a member of the Shelbina First Baptist Church and the Disaster Relief Team of Bethel Baptist Association. Dan enjoyed watching South Shelby sports and the Kansas City Chiefs. He liked to do carpentry work, watching western shows, and made wooden toys to give to children to enjoy. He was proud to go on the Honor Flight with his son Chuck and Larry Homan. He was up every morning reading his Bible. Dan taught children’s Bible drill and was a Royal Ambassador leader for Shelbina First Baptist Church for 26 years. He also led Bible studies for Shelbina Villa residents on Fridays. The two most important things to him were God and family.

He was preceded in death by his parents; and siblings, Mary Lou Nau and James Carpenter.

A visitation will be held on Monday, Feb. 15 from 5 p.m. to 7 p.m. at Greening-Eagan-Hayes Funeral Home in Shelbina. The funeral service will be held at 10:30 a.m. on Tuesday, Feb. 16 at Shelbina First Baptist Church. Burial will be held in the Oak Ridge Cemetery following the service.  Memorials may be made to Neighbors Helping Neighbors and Bethel Association Disaster Relief.

Due to COVID-19, the family requests for those attending the service please practice safe social distancing and/or wear a mask at your own discretion.