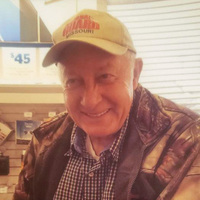 Paul LaRue served in the National Guard during the Vietnam War. He was a member of the Community State Bank Board, Clarence Care Center Nursing Home Board, the American Legion, Shelbina Masons, and the Horseshoe Pitchers of Shelbina. Paul LaRue also served five years on the Macon Electric Cooperative Board. He attended the Church of Christ in Shelbina.

Paul LaRue enjoyed hunting, fishing and playing with his grandkids. He farmed his whole life, including livestock and row cropping.

Memorials can be made to Neighbors Helping Neighbors.