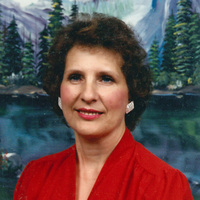 Sally was a 1956 graduate of Leonard High School. She met and married Bob Allison in 1958 in Shelbyville. Sally was a member of the Emden Christian Church for 50 plus years. She was a Sunday school teacher, 4-H Leader, member of the Eastern Star and member of the American Legion Auxiliary. Sally volunteered for the blood mobile for many years. Music was her passion. She played piano for fifty years at church and for the Eastern Star. Sally also enjoyed working in her yard, flowers and going dancing. She loved her family so much and most of all her grandchildren and friends.

Funeral services will be held at 2 p.m. Thursday, June 3 at Greening-Eagan-Hayes Funeral Home in Shelbina. Visitation will be held from 4 p.m. to 8 p.m. at the funeral home  Wednesday, June 2.

The Eastern Star Service will be held at 4 p.m. Wednesday night. Burial will be at  Shelbina Cemetery.

Memorials may be made to Neighbors Helping Neighbors or Helping Hand of Clarence.