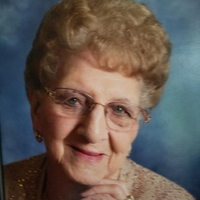 Mary Lee Davis Gingrich, 99, of Clarence, died July 1, 2021 at the Clarence Care Center. She was born Aug. 1, 1921 on her parents’ farm in Leonard, the youngest of Irvin and Virgie Killinger Davis’ three children.

As a child Mary Lee rode a horse to school every day. She played basketball at Leonard High School where she graduated in 1939. She attended Northeast Missouri State Teacher’s College in Kirksville and taught in one-room school houses in Leonard and Economy, Mo. She taught first through eighth grades and even cooked lunch. On June 25, 1944, she married Denver Gingrich in Shelbina. They married on a Sunday and he left for the Great Lakes Naval base the following Friday. Mary Lee joined him in Waukegan, Ill., where she kept books for a lumber yard until he was discharged. They were married 65 years.

The couple returned to the family farm in Leonard, Mary Lee raised three children and worked actively with Denver on the farm. She was president of the Shelby County Extension and the treasurer of the Helpful Homemakers Extension Club. For many years, she taught the adult Sunday school at Hager’s Grove Christian Church and later became a member of the Clarence Christian Church. She belonged to the P.E.O. Sisterhood Chapter M and Clarence Study Club. For more than 20 years, she served on the board of the Clarence Care Center.

Mary Lee and Denver were known for their graceful dancing style and never missed an opportunity to dance at the Moose Club on Saturday nights. She was a wicked card and domino player who blatantly disregarded the rules of any game. With dear friends J.C. and Mary Margaret Woods, the couples played so many games of Hearts that their pot eventually paid for a cruise. Mary Lee and Denver loved to travel and made sure their family made it to almost every state.

Mary Lee loved cooking family dinners and always made sure each guest’s favorites were included in the spread. A pet-lover, she raised Schnauzers and at one time had so many dogs they ran out of names and provided no end of entertainment for her kids. Stray cats always knew they could get a good meal at Mary Lee’s back door.

Visitation will be 9 to 11 a.m. Wednesday, July 7 at Greening-Eagan-Hayes Funeral Home, Clarence, followed by services conducted by Pastor Delbert Earlywine. Burial will be in Maplewood Cemetery at Clarence.

The family requests that masks be worn for the protection of all who are attending.