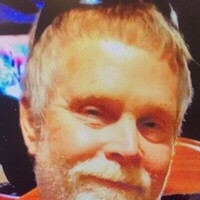 Michael was born June 14, 1964, the son of Wendell and Mary Jean (Freebourn) Peterson. He was united into marriage to April (Shuck) Million on April 25, 2009 in Shelbyville. She survives.

He was preceded in death by his father and grandparents.

Michael was a crane operator for Steel Smith Company and did underground utility construction. He loved his family, grandkids, and his dog, Ellie Mae. Michael enjoyed riding his Harley, working with his hands, fixing things, fishing, and making trips to Colorado. He was a wonderful father, husband, and grandfather.

A visitation will be held 5 to 7 p.m. Thursday, September 2, at the Greening-Eagan-Hayes Funeral Home in Shelbina.

Memorials may be made to St. Jude’s Children’s Hospital and Wounded Warriors Project.