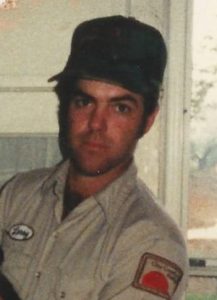 He grew up on the family farm in Liberty and graduated in 1973 from Liberty High School, Liberty. From Larry’s first marriage he has a son, Matthew Donaldson. From his second marriage he had two children, Aaron Donaldson and Nicole Donaldson, and step-daughter, Shana Swisher.

He was formally employed at several places over the years.  Smithville Lake in the maintenance department; Platte City School District; KCI Airport- Shuttle and was a General Manager at an apartment complex.  He loved hunting, fishing, and shooting guns at the gun range with his friends.

A graveside service will be 1 p.m., Friday, October 1, 2021 at Shelbyville Masonic Cemetery “Shelbyville Lake.”  Memorial contributions are suggested to the family to help defray cemetery expenses.  Memories of Larry and condolences to the family may be shared at meyersfuneralchapel.com.