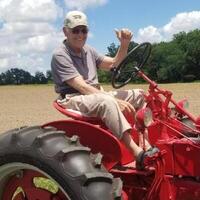 Gerald Wilson Byars passed away Sunday, November 28 at the Harry S Truman Memorial Veteran Hospital in Columbia.  Gerald was born July 6, 1936 in Shelbina, the son of Chester and Gladys Byars. He was united in marriage to Joyce King on March 11, 1956 in Granville. She survives.

Gerald was preceded in death by his parents; sister, Evelyn Byars; and grandson, Luke Grinde.

He attended Shelbina High School and graduated in May of 1954.

Gerald grew up on the family farm near Granville. After high school graduation, Gerald entered the US Air Force in the fall of 1954 and served in the Korean war as a Communications Officer.

In 1956 he, returned to the states and was united in marriage to Joyce King.  Gerald and Joyce spent time at Offutt Air Force Base in Omaha, Neb.

After the service, Gerald and Joyce moved to Quincy, Ill., where he obtained an Associate Degree in Business at Gem City Business College.  He had a long and accomplished career in the LP Gas business and spent most of his 30 years with Ferrell Gas headquartered in Liberty.

After retirement, Gerald and Joyce returned to Granville, to the family farm where Gerald lived at the time of his death.

Gerald was a member of First Christian Church of Shelbina, where he served in various roles including Board Chairman, Treasurer, Secretary, Elder, Deacon and teacher. Gerald also spread God’s word as a long-time member of the Gideon’s International.

Gerald loved anything with an internal combustion engine attached to it…especially race cars and tractors. He was a loyal Missouri Tiger fan through thick and thin. Among many other things, he enjoyed his garden, anyone in need and especially his family. He was a master sweet corn grower and shared his bounty around North Missouri. He also spent several years as a member of the Monroe City Singers. Gerald did not know a stranger and loved the Lord God with all of his heart.

Due to COVID-19 concerns there will be no public visitation. A private funeral service was held on Wednesday, December 1. Interment was at Shelbina Cemetery.

A Celebration of Life will be held at a later date.

Memorials may be made to Shiloh Christian Children’s Ranch and Shelbina Christian Church.