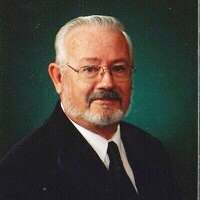 Kermit was born May 1, 1941, in Putnam, County, the son of Carl Edwin and Charolotta Faith Cooper Hiatt. He was united in marriage to Carol Dawn Green on July 2, 1961 in Kirksville.

He was preceded in death by his parents, one brother, Edwin Hiatt; two grandchildren, Jenna Parsons and Logan Hiatt.

Kermit was a member of the Clarence Methodist Church of Clarence. He loved to do woodworking, making tables and other items for family and friends and donated ornaments for Helping Hand of Clarence, listening to and playing Blue Grass music, and hosting the Blue Grass festivals at his cabin. He enjoyed hunting and fishing, spending time with his grandchildren and great-grandchildren, and was a teller of tall tales.

Funeral services will be held Wednesday, December 8, at Greening-Eagan-Hayes Funeral Home in Shelbina, at 2 p.m.

Visitation is Wednesday from 1 p.m. to 2 p.m. at the funeral home.

Burial will be at the Gibbs Union Cemetery in Gibbs, following the service.

Memorials will be made to Gibbs Union Cemetery or Donor’s Choice.