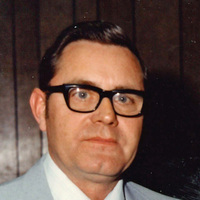 Robert “Bob” Willard Farmer died December 3, 2021 at his home. Bob was born at midnight August 23, 1931 on a farm south of Clarence, the son of Rodney Willard Farmer and Alice Madelyn McMurtry Farmer. Since it was midnight, the doctor told his parents they could choose the birthday of August 22 or August 23. Therefore, Bob shares his August 23rd birthday with his granddad, Rodney Clay Farmer. Bob was united in marriage to Carol Lou Mahoney on November 28, 1954 with recent celebration of their 67th wedding anniversary.

Bob attended Lily Dale Rural School and graduated from Clarence High School in 1949. He also attended the University of Missouri on a scholarship. Bob was drafted in the US Army and served 16 months in the Korean War. He always said that Korea was the coldest place on earth.

Bob had a witty and interesting way of looking at life. For example, he always told his grandchildren that “drinking water would rust your insides.” He also had a famous phrase, “That’s Out,” which he used any time he disagreed with something.

Memorials may be made to the Clarence American Legion, St. Patrick’s Cemetery and the Ronald McDonald House in Columbia.