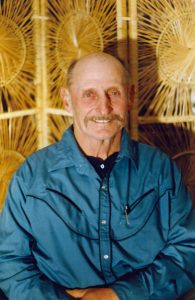 He was born in Shelby County near Bethel, on March 12, 1931, in Bethel, the son of the late Florence (Jones) Secrist and the late William Spencer. He married Roseetta Bracket in 1955. She preceded him in death. He was united in marriage to Catherine Hampton on December 1, 1975 in Shelbyville.

John was a baptized member of the Assembly of God Church of Sigsbee. He worked most of his life on ranches and farms. John and Cathy loved raising their kids and grandkids together. He enjoyed tinkering around the house, and most of all, spending time with his family.

Funeral services were held Monday, December 20, at 12 p.m. at Greening-Eagan-Hayes Funeral Home in Shelbina. Visitation was held Monday at the funeral home from 10 a.m. until the time of the service. Burial will be held in the Concord Cemetery near Sigsbee, following the service.

Memorials may be made to the family for expenses in care of Cathy Spencer.