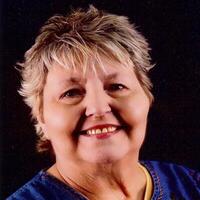 Mary (Marak) Porter, 76, of Shelbina, passed away December 13, 2021 at Salt River Community Care in Shelbina, with family by her side and surrounded by love.

Mary was born February 8, 1945, in Tacoma, Washington the daughter of Frank and Bernice (Walters) Marak. She married Charles “Charlie” Porter on July 10, 1965 in Shelbina. He survives.

She was preceded in death by her parents, Frank and Bernice Marak.

Mary graduated Shelbina High School in 1963. She was a member of the St. Mary’s Catholic Church. In years past she was involved with Neighbors Helping Neighbors.

She founded and operated Times Remembered, a floral and giftshop, for over 20 years and later owned and operated Forever Flowers. Mary found great pleasure in her community and always greeted people with her infectious smile, frequent hugs, and an open heart. Generosity toward others, kindness and celebrating the simple pleasures of day-to-day life are how people will remember her. She enjoyed making flower arrangements, traveling, doing arts and crafts, gardening and collecting antiques. If you ever visited Mary’s home, you surely saw the many antique collectables displayed throughout. In her early marriage she often took her kids to Shelbina city hall to sort coins collected from the street meters in search of Wheat Pennies to add to her collection. Her children would help sort and package the piles of coins into paper tubes before returning to city hall. Her greatest joys came from spending time with friends and family and being a mother to her three children where she taught them at a young age the finer experiences of life, including the pleasures of walking barefooted in freshly cut grass, stomping in puddles and making mud pies.

Visitation was Sunday, December 19, from 12 p.m. to 3 p.m. at Greening Eagan Hayes Funeral Home in Shelbina.

A funeral service followed at 3 p.m. at the funeral home. A burial will be held later.

Memorials may be made to Neighbors Helping Neighbors, the American Heart Association, Salt River Community Care or the Shelby County Senior Citizens.