Pat was born in Leonard, on August 16, 1940, the son of Otho and Tollie (McNeil) Bichsel. He was united in marriage to Susanne Vetter on June 6, 1970 in Kampsville, Ill.  She survives.

Pat was a devote Catholic and member of the St. Roberts Catholic Church in St. Charles.  He served in the Navy during Vietnam and later worked for Boeing for 37 years as a power house mechanic.  He was a member of the Knights of Columbus and the American Legion Post 1083.  Pat enjoyed taking trips to Leonard to visit family and friends. He loved spending time with his family, especially on their family vacations.

Rosary service will be held at 4:30 p.m. on Thursday, January 13,  followed by the visitation from 5 p.m. to 7 p.m. at Greening-Eagan-Hayes Funeral Home in Shelbina. Mass of Christian Burial will be held on Friday, January 14, at 10 a.m. at  St. Mary’s Catholic Church in Shelbina, with Father Bill Peckman and Deacon Larry Mitchell as the celebrants. Burial with full military honors will be held in  St. Michael’s Catholic Cemetery following the service.

Memorials may be made to the St. Michael’s Catholic Cemetery or the American Cancer Society. 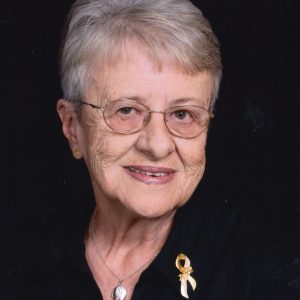