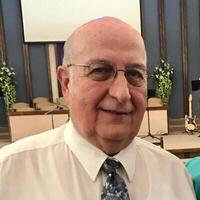 He was preceded in death by his parents; one sister, Gwen Stone; and two brothers Greg Gardner, and Dr. Lynn Gardner.

Keith graduated in 1961 from Mays High School in Mays, Ind. He attended Ozark Bible College in Joplin, MO and graduated in 1967 with a Bachelor of Science (English Bible) from Cincinnati Bible Seminary. He also took graduate studies from the University of Cincinnati. Keith was ordained into Christian Ministry on September 29, 1967 by the Saltillo Christian Church. He ministered in several churches in the Midwest as a minister of Christian Education, Associate Minister, and Preaching Minister. He also served as Director of Ranch Sites at Shiloh Christian Children’s Ranch and later drove a truck for Heartland Dairy, and then worked with OATS. Keith enjoyed spending time with his family and visiting with people. He also liked riding his motorcycle, golfing and savoring a steak, cooked medium-well.

A private in-person funeral service will be held at 11 am on Saturday, Jan. 2, 2021 and will be live-streamed for public viewing on the Greening-Eagan-Hayes Funeral Home Facebook page. https://www.facebook.com/Greening-Eagan-Hayes-Funeral-Homes-103661441271865/Private burial will be held in the Shelbina Cemetery following the service.

In lieu of flowers, memorials may be made to Neighbors Helping Neighbors or Shiloh Christian Children’s Ranch.