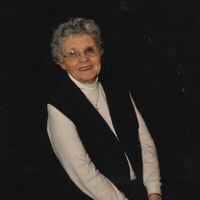 She was preceded in death by her husband; parents; and one sister, Roberta Todd.

Lois was a member of the Union Church in Clarence, MO. She enjoyed corresponding with loved ones by written letter. Lois liked to play piano, and her greatest joy was spending time with family.

With love and safety in mind, we are requiring all who attend wear a mask. Thank you for your understanding and support.