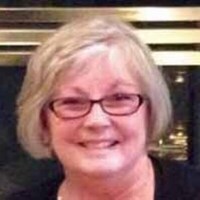 Barbara Sue Buckley, 69, of Kansas City, passed away at the St. Joseph Medical Center in Kansas City on Wednesday, September 16, 2020.

Barbara Sue was born on August 31, 1951 in Macon, the daughter of Everett Lee and Bonnie Lavern Sherwood Crabtree.

She was preceded in death by her parents; two brothers, Virgil and Dennis Crabtree and one sister, Kay Crane.

Barbara Sue worked  numerous years for Sprint in Kansas City and recently for WestRock in Grandview. Barbara Sue cherished her times visiting with family and friends, especially her grandchildren.

A graveside service was held at 2 p.m. on September 21 at the Shelby Memorial Cemetery in Shelbyville.

Memorials may be made to Neighbors Helping Neighbors or Shelby Memorial Cemetery. Arrangements were under the direction of Greening-Eagan-Hayes Funeral Home in Shelbina.