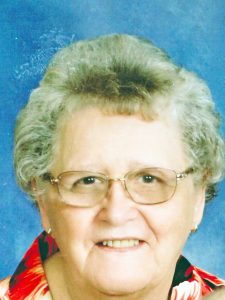 She was a member of St. Mary’s Catholic Church in Shelbina, St. Mary’s Altar Society and the OATS Transit Board. Delores served on the FSA Board for nine years and was an election judge for many years. She enjoyed reading (especially the Bible), knitting, cross stitching, baking and quilting. Delores loved to watch her hummingbirds and listen to her wind chimes. She adored her cat, Shorty.

She was preceded in death by her parents; first husband, Ed; one son, Michael Resa; one brother, Danny Joe Reitz and one infant brother, Larry Dean Reitz.

A Mass of Christian Burial was held immediately following at 10 a.m. at the church.