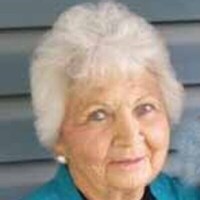 She was a member of the Shelbina Christian Church, Shelbina Cemetery Board, PEO, 49ers and Ladies Golf Club. Phyllis worked for the Shelbina Telephone Company for 10 years and then worked for the United States Postal Service for 30 years. She was the Postmaster in Camdenton, for five years before retiring. Phyllis enjoyed cooking, golfing, entertaining her friends and spending time with her kids and grandkids.

She was preceded in death by her parents; husband, Don; and one son-in-law, Jerry Lee Wood.

Visitation will be held on Saturday, Feb. 20 at Greening-Eagan-Hayes in Shelbina at 10 a.m. The funeral service will begin immediately following at 11 a.m. also at the funeral home. Burial will be at Shelbina Cemetery. Memorials may be made to Shelbina Lakeside Golf Course.