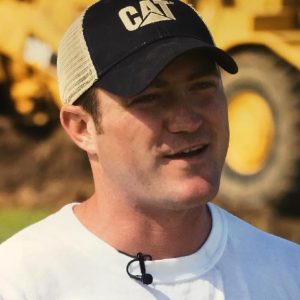 Friends and family  were invited to Nathan’s Life Celebration at a visitation that was held from 10 a.m. to 11 a.m. Thursday, April 22 at Lewis Brothers Funeral Chapel in Palmyra.

A funeral service was held at 11 a.m. Thursday, April 22 at the funeral chapel. Pastor Jake Gottman officiated. Burial was at Shiloh Baptist Church Cemetery in near Bethel.

Nathan was born Aug. 13, 1981 in Quincy, Ill. to Wendell Allen and Karen Jensen-Hendrian.

Nathan was preceded in death by his dad and grandparents Weldon and Dennie Allen.

Nathan worked in construction as a heavy equipment operator for many years. He was an excellent dozer operator and loved to move dirt around. Some of his pastimes included rock and arrowhead hunting, grilling with family and friends, fishing in the country and just being in nature were all things he enjoyed. He loved to play with his beloved dog, Jethro. Nathan enjoyed woodworking and using his hands to create something beautiful.

Nathan was a part of Heartland Ministries for many years, working on the dirt crew creating lakes and runways.

He was Christian by Faith.

Memorial contributions may be made payable to Karen Hendrian for Nathan’s children’s education fund.