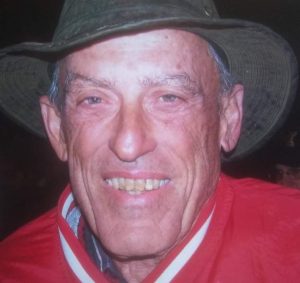 Fred Daniel Bollow was born June 21, 1937, in Quincy, Ill. to Fred C. and Mary Elizabeth “Jimmie” Daniel Bollow. Later was born a sister, Ann, who passed away in October of 2020. Dan attended elementary school in Arlington, Va. for a short time and then finished his primary and secondary education in Shelbina, graduating in 1955.

Dan graduated from the University of Missouri with a Bachelor of Science in Public Administration and a Juris Doctorate. Dan moved his young family to Brookfield, for a short time after graduating, and then returned home to Shelby County to continue his law career. He practiced law with his father and several other great lawyers and amazing support staff. He was prosecuting attorney for nine years and Associate Circuit Court Judge for eight years prior to his retirement. He treasured the relationships he formed with the many colleagues he worked with over the years.

Dan was a devout Christian all of his life. He was a lay speaker for the United Methodist Church and he and Mary traveled on three mission trips to Latin America. His life revolved around helping others, and he was a very giving and compassionate man. He was an avid environmentalist, always educating himself and others about the importance of protecting our planet. Dan was happiest when outdoors. From backpacking in the Rocky Mountains, to fly fishing in Canada, to golfing on sheep grazed golf courses in New Zealand, he truly experienced and appreciated the majesty of God’s handiwork.

Dan passed away November 18, 2021. Per his wishes, a memorial and celebration of life was held December 7, 2021 at 6 p.m. at the Shelbina United Methodist Church. The family requests no flowers.