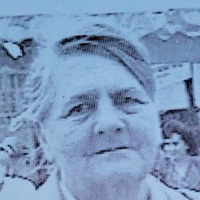 Vivian Maxine Black, 89, formerly of Clarence, passed away  Wednesday, December 1, 2021 at the Moberly Nursing and Rehab.

Vivian was born April 26, 1932 in Columbia, the daughter of Charles and Fanny (Griggs) Frosch. She was married to Royal Lee Black. He preceded her in death in 1971.

She was preceded in death by her parents, husband; son, Joseph Dale Black; two daughters, Mary Chick and Sharion Kay; and an infant brother.

Vivian was a member of the Clarence Baptist Church. She worked as a waitress for many years.

She enjoyed watching TV, playing on the computer, flowers and crocheting. She loved spending time with her family.

Graveside services were held Friday, December 3, at 1 p.m. at the Centralia City Cemetery in Centralia.