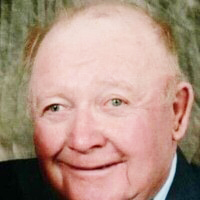 Don was born January 28, 1936 in Kinross, Iowa, the son of Edward Joseph and Marjorie Helen (Vogel) Schumann. Don served in the U.S. Army from 1958-60. He was united in marriage to Mary Ellen Kroner on August 18, 1962 in Moberly. Don was a farmer and enjoyed tractor pulls, horse pulls, and especially spending time with his family.

He was preceded in death by his parents; one sister, Sister Mary Ann Schumann; and one brother, Thomas Schumann.

Mass of Christian Burial will be 11 a.m., Thursday, December 16, at St Patrick’s Catholic Church in Clarence. Burial, will full military honors, will be in the Veterans Cemetery in Jacksonville. Visitation will be from 5-7 pm, Wednesday evening, with a rosary and prayer service beginning at 4:30 pm at the Hutton & McElwain Funeral Home in Macon.

The family suggests memorials to the St. Patrick’s Cemetery in Clarence.